Launched in 2005, Wales and West Utilities (WWU) has a regulated gas distribution business which includes approximately 35,000 kilometres of gas pipes across Wales and the southwest of England. Covering a sixth of the UK, WWU takes care of 2.5 million gas supply points in homes and businesses in a catchment area with a population of 7.5 million people. 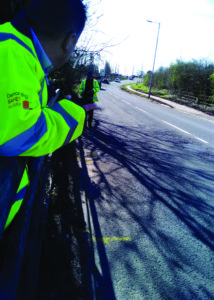 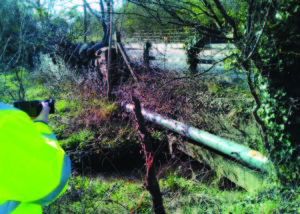 The challenges in this scenario include minimising the time taken to find leakages, the use of bar holes (which can cause defects and incur costs) and potential damage to other underground utilities such as electric cables. Pipelines commonly run under roads and pavements, resulting in road closures and in this instance, there must be a safety consideration and again additional costs can be incurred. Additionally, the use of hand probes requires the operative to be near potential emissions. 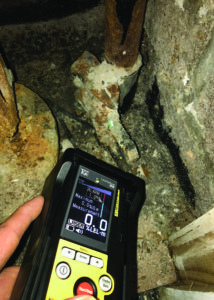 The green laser guide light is highly visible, even under strong sunlight which means it simplifies the location of leaks. A Bluetooth option is also available which allows the device to communicate gas levels, time and date to the GasViewer app, which combines these data points with position information from the android smart device.

We are extremely happy to support innovation trials lead by Wales and West Utilities. This allows us to learn about the way in which gas leak detectors are used today as well as delivering insight into the needs of the future.

The laser methane mini is a great innovative technology for our toolbox. During the project Crowcon attended the pre-trial workshop as well as spending time out in the field with our teams to both offer training and gather insight into the potential usage scenarios. This level of support is invaluable when looking at new technologies. We will continue to help our colleagues adopt to changing technologies both now and in the future.

At WWU we are always looking to enhance the way we manage our multiple occupancy buildings. The use of the Laser Methane mini has been pivotal to ensuring we continue to effectively manage gas in high rise buildings. This technology allows us to quickly and effectively check for leakage as part of our regular inspections. This check for safety ensures that we know there are no leaks in our asset, in areas that are hard, or impossible to reach. We have recently procured more units as the benefits are realised.

Xgard Bright MPS provides hydrogen detection in energy storage application
SAFT has been energising the world for over 100 years, their longer lasting batteries and systems have provided critical safety applications, back-up power and propulsion for our customers. Since 2016, SAFT has been wholly-owned subsidiary of TotalEnergies, a broad energy company that produces and markets energies on a global scale. As a leading battery company, […]
Find out more
Environmental & Gas Monitoring Ltd and Crowcon provide chlorine detection solution for Scottish Water
Scottish Water are the sole provider of Scotland’s water and wastewater services. Their services support 2.61m households and over 150,000 business premises across Scotland, supplying 1.52bn litres of water daily and treating 1.1bn litres of wastewater every day across 1,834 wastewater treatment works. Environmental & Gas Monitoring (EGM) Ltd specialise in the supply, hire, calibration, […]
Find out more
AMS Equipment Limited and Crowcon ensure the safety of Scottish whisky workforce
AMS Equipment Limited is a long established equipment and services supplier that provides tailored solutions to ensure the safety of workforces, productivity and assets, even in tough conditions. When a leading Scottish distiller approached the firm for gas detection to secure the safe production of single malts, Crowcon was delighted to support. AMS Equipment Limited […]
Find out more