At the end of June 2020, Crowcon will release seven new sensors, in PID, IR and electrochemical formats, for use with its Xgard Bright fixed-head, addressable gas detector.

The new additions will bring the number of Xgard Bright sensors available to 15, with many more releases scheduled.

Xgard Bright is the one-stop solution for the detection of multiple flammable, toxic and oxygen gases, and its versatility will be extended as more sensors are released. 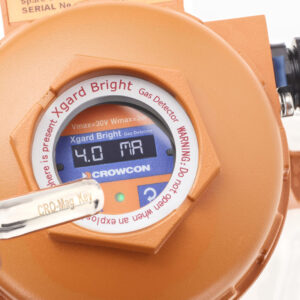 At the end of June 2020, Crowcon will release new gas configurations for use with its fixed-head, addressable Xgard Bright gas detector, extending the versatility of the innovative one-stop solution detector for a wide range of gas hazards.

The new sensors are:

These sensors are in addition to the new Xgard Bright sensors added just a couple of months ago, and have potential for use in several new industrial sectors and applications. Crowcon staff believe that the latest batch of sensors will prove particularly useful in wastewater, education, medical, tunnelling, food and drink and chemical plants.

As William Allum, Product Manager for Crowcon, puts it, ‘Crowon’s Xgard Bright is a one stop solution for the detection of flammable, toxic and oxygen gases. We are happy to announce this new phase of gas releases for the Xgard Bright, since these sensors are likely to be used in new applications and industries. Over time we will release even more sensors, allowing even more sectors to benefit from this flexible and practical detector.’

The new sensors for will be available from the end of June 2020.