Confined Space is a global concern with approximately 200 people worldwide dying each year from the effects of accidents in a confined space. A confined space is a location that is enclosed although not always entirely, and where significant injury can occur from hazardous substances or conditions within the space or nearby such as a lack of oxygen. As they are so dangerous, it must be noted that any entry to confined spaces must be the only and final option to carry out work. Confined Spaces Regulations 1997. Approved Code of Practice, Regulations and guidance is for employees that work in Confined Spaces, those who employ or train such people and those who represent them. 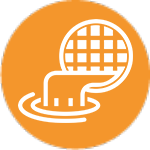 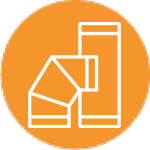 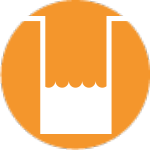 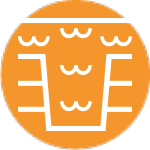 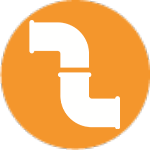 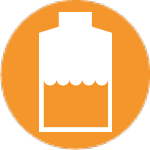 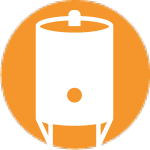 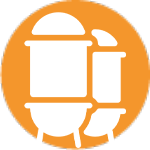 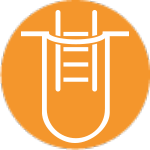 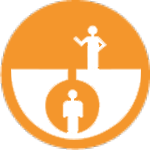 A Confined Space is a location that is substantially enclosed although not always entirely, and where serious injury can occur from hazardous substances or conditions within the space or nearby such as a lack of oxygen. As they are so dangerous, it has to be noted that any entry to confined spaces must be the only and final option in order to carry out work. Confined Spaces Regulations 1997. Approved Code of Practice, Regulations and guidance is for employees that work in Confined Spaces, those who employ or train such people and those who represent them.

There are a number of factors when identifying hazards in confined space. Any errors in identifying or evaluating potential hazards may have more serious consequences. In some cases, the conditions in a confined space are always extremely hazardous. Although in other cases, conditions are life threatening under an unusual combination of circumstances. Due to this variability and unpredictability is why the process of hazard and risk identification as well as assessment is vital and has to be taken seriously each and every time.

Working in a confined space is dangerous because of the risks from noxious fumes, reduced oxygen levels, or a risk of fire. Other dangers may include flooding/drowning or asphyxiation from some other source such as dust, grain or other contaminant.

Entering a confined space should be the last resorts, so you should avoid carrying out tasks in confined spaces where possible. If this is not possible, then assessing the risks and plan how you will control those risks. For example:

Best practice is that you should have emergency arrangements where necessary. If someone is working in a confined space, think about the following:

Knowing the oxygen and combustible gas levels is vital for anyone who is entering a confined space. However, ensuring the monitoring of carbon monoxide and hydrogen sulphide gas levels  is also a common concern.

Low levels of oxygen is the biggest cause of death in confined spaces with accurate oxygen level measurements being essential. If the oxygen concentration surpasses 23.5 %, the space is then too oxygen risk which may result in the ignition of combustible gases. On the other hand, if there is a low oxygen level this can lead to impaired judgement and coordination. With extreme low levels of oxygen resulting in nausea, vomiting, and loss of consciousness.

As gases cannot combust without enough oxygen, the oxygen levels in a confined space can identify the concentration of combustible gases. Although there are two levels to be aware of when measuring combustible gases.

Multi-gas monitors are frequently configured to monitor carbon monoxide and hydrogen sulphide. However, these are the two most common gases in confined spaces. With carbon monoxide being present as a result of incomplete combustion, with it not be common in most confined spaces unless machinery is used inside.

Both of these gases are extremely toxic, therefore, confined space workers need to ensure they are aware of these hazardous gases.

Whatever device you are using for gas detection within confined spaces it is crucial to properly train your staff to ensure their ongoing safety, and the safety of the environment. Workers need to be fully aware of the dangers they may encounter and understand any hazards in places where permits are required.

Crowcon is passionate about the importance of training and has held many events with safety education at the fore. People attempting to rescue a confined space worker make up 60% of confined space fatalities. These rescuers are frequently untrained and unaware of the hazards. This shocking statistic illuminates the increased need for rigorous education around confined space entry to avoid accidents and fatalities. It is also helpful to point out that CSE training should be undertaken for all staff, not just those routinely involved in confined space working.

Training should incorporate the properties of different gases and how they behave differently depending on the space they are within, specifically in confined spaces. Operators should understand that different sensor technologies are optimal under different circumstances, and how this feeds into the design and selection of the most appropriate gas detection equipment. Best CSE practice should also be a point of focus for training packages, as well as understanding the broader demands of mounting a safe and effective rescue.

Under domestic law, the Health and Safety at Work etc Act 1974, employers are responsible for ensuring the safety of their employees and others. This responsibility is reinforced by regulations.

The Confined Spaces Regulations 1997
Applies where the assessment identifies risks of serious injury from work in confined spaces.

The Management of Health and Safety at Work Regulations 1999
Require employers and self-employed people to carry out a suitable and sufficient assessment of the risks for all work activities for the purpose of deciding what measures are necessary for safety. For work in confined spaces this means identifying the hazards present, assessing the risks and determining what precautions to take.

Best practice suggests that workers who are undertaking work in confined space are advised to have Level 2 & 3 qualifications. This could be to carry out work, as a top man supporting entry or conducting emergency rescue and recovery. However, there level 5 qualification is advised for those who manage confined space entry.

The Confined Spaces (Water) scheme records certifications of individuals and provides the water industry and its employers assurance of the level of technical competence achieved by individuals who enter, supervise or manage work in low, medium or high risk confined spaces within the water industry.

City and Guilds also provide qualifications. with the 6150 qualifications being replaced by 6160 Confined Spaces. The updated qualification content is based on the National Occupational Standards developed by Energy & Utility Skills for the industry. These qualifications are for those who have to enter, supervise or manage confined spaces. They are short course single unit qualifications and are supported by the Health and Safety Executive.

Workers in working in industries with confined space are often under risk of gas exposure in situations where atmospheres cannot be controlled, where alarming at TWA (Time-weighted average) values would be inappropriate. It is important to note that whereas portable gas detection instruments measure and alarm at the TWA levels, instantaneous alarms are included to provide early warning of an exposure to dangerous gas concentrations.

You must perform your own risk assessment to ensure alarms are set to appropriate levels for your application and in accordance with local legislation and practices.

Find out some of the common toxic gases

These arise from the following hazards:

Other legislation may apply, depending on where the confined space is situated or on the task being carried out, for example:

Provision and Use of Work Equipment Regulations 1998 (PUWER)

According to OSHA, approximately 1.6 million workers enter confined spaces annually. According to HSE a total of 142 workers were killed at work in Great Britain in 2020/21, this was an increase of 29 deaths compared to the previous year, though the number of deaths in 2019/20 (113) was low compared to other recent years. Unfortunately, most confined space injuries and fatalities are due to employers and workers failing to recognize, plan, and control for the hazards related to this type of work. A NIOSH review of confined space fatalities found that in each case there was a lack of recognition and testing, evaluation, monitoring, or well-planned rescue.

When comparing with Europe Health and safety systems differ across Europe in recording and reporting workplace fatal injuries. The data that is available from Eurostat shows the UK’s historical performance is favourable compared to countries across the EU, with relatively low rates of workplace fatalities.

Offers the same gas safety benefits as the regular Gas-Pro, while offering Tank Check mode which can auto-range between %LEL and %Volume for inerting applications.

Portable multi gas detector offers detection of up to 5 gases in a compact and rugged solution. It has an easy-to-read top mount display making it easy to use and optimal for confined space gas detection.

What is Confined Space Entry?

A location that is enclosed although not always entirely, and where significant injury can occur from hazardous substances or conditions within the space or nearby such as a lack of oxygen.

What are the key characteristics that define Confined Space Entry?

What hazards are associated with Confined Space Entry?

Risks from noxious fumes – you should consider how these can be ventilated or removed if there is a risk of liquids or gases flooding in
Reduced oxygen levels – you must provide breathing apparatus or ventilate the space to increase oxygen levels before entering
A flammable atmosphere presents a risk of fire or explosion.

What are the legal requirements of Confined Space Entry?

Avoid entry to confined spaces, e.g., by doing the work from the outside. If entry to a confined space is unavoidable, follow a safe system of work; and put in place adequate emergency arrangements before the work start.

What are the legal requirements to emergency arrangements?

Before entry, rigorous training should be implemented so that your workforce not only understands the risks associated with the space they will be working in. In terms of visibility and worker accountability. There can be signposts erected for entry and exit points if required to assist with this. As an employer, you can also attempt to remove or isolate any hazards that may be present in the space to further protect your workers.

A CSE risk assessment follows the same steps as a normal risk assessment but takes into consideration the hazards that present themselves in confined spaces specifically – such as lack of oxygen or an explosive atmosphere.

Regulations do not apply to any environment that is below ground such as a mine (defined in the Mines and Quarries Act 1965) or to any diving operations.

What is a Permit-to-work Procedure?

A permit-to-work ensures a formal check is undertaken to ensure all the elements of a safe system of work are in place before people are allowed to enter or work in the confined space. Includes clear identification of who may authorise particular jobs and provision for ensuring contractors engage with, training, instruction and monitoring.

Where can I get more information?

Code of Practice for Working in Confined Spaces.

HSE classify Confined Spaces as any place, including any chamber, tank, vat, silo, pit, trench, pipe, sewer, flue, well or other similar space in which, by virtue of its enclosed nature, there arises a reasonably foreseeable specified risk, as outlined above.

Irrespective of the type of confined space; keeping workers safe within restricted spaces is understandably a concern for organisations worldwide, specifically those in the gas detection industry.

Read More
Blog
What are the Dangers of Confined Space Entry

A Confined Space is a location that is substantially enclosed although not always entirely, and where serious injury can occur from hazardous substances or conditions within the space or nearby such as a lack of oxygen.