Conventional analogue ‘point to point systems have been around for many years and for many gas detection operators, is still their first choice.  Using a gas detection system that has familiar technology and functionality benefit a busy operator and provide a level of peace of mind.

However, the traditional analogue system does have its limitations, including each detector needing its own individual cable connected to the central control panel. This results in the need for multiple cabling which can impact on space, cleanliness and safety. Traditional detectors can also be susceptible to interference as they rely on changing the analogue current or voltage levels to monitor gas levels.

So why move to addressable?

Addressable systems have been developed to simplify the process and have been specifically designed to eliminate the limitations found in analogue systems.

Firstly, it can link, in a daisy chain sequence, multiple detector heads into a loop which significantly reduces the need for cables.   This result’s reduced installation time and expense.

Addressable systems communicate digitally which improves functionality as it allows the transfer of more advanced data.

Due to their improved functionality they are suitable for a diverse industry group.  From the smaller sites such as education and medical buildings, which need multiple detectors to be placed across a relatively small area; to a large-scale wastewater plant which requires gas detectors to be spread over a wide area.    With addressable systems, the detectors can be linked together with one lead fed directly into the central control panel.

For those who still have a requirement for analogue, the addressable system has the capability to provide both options. 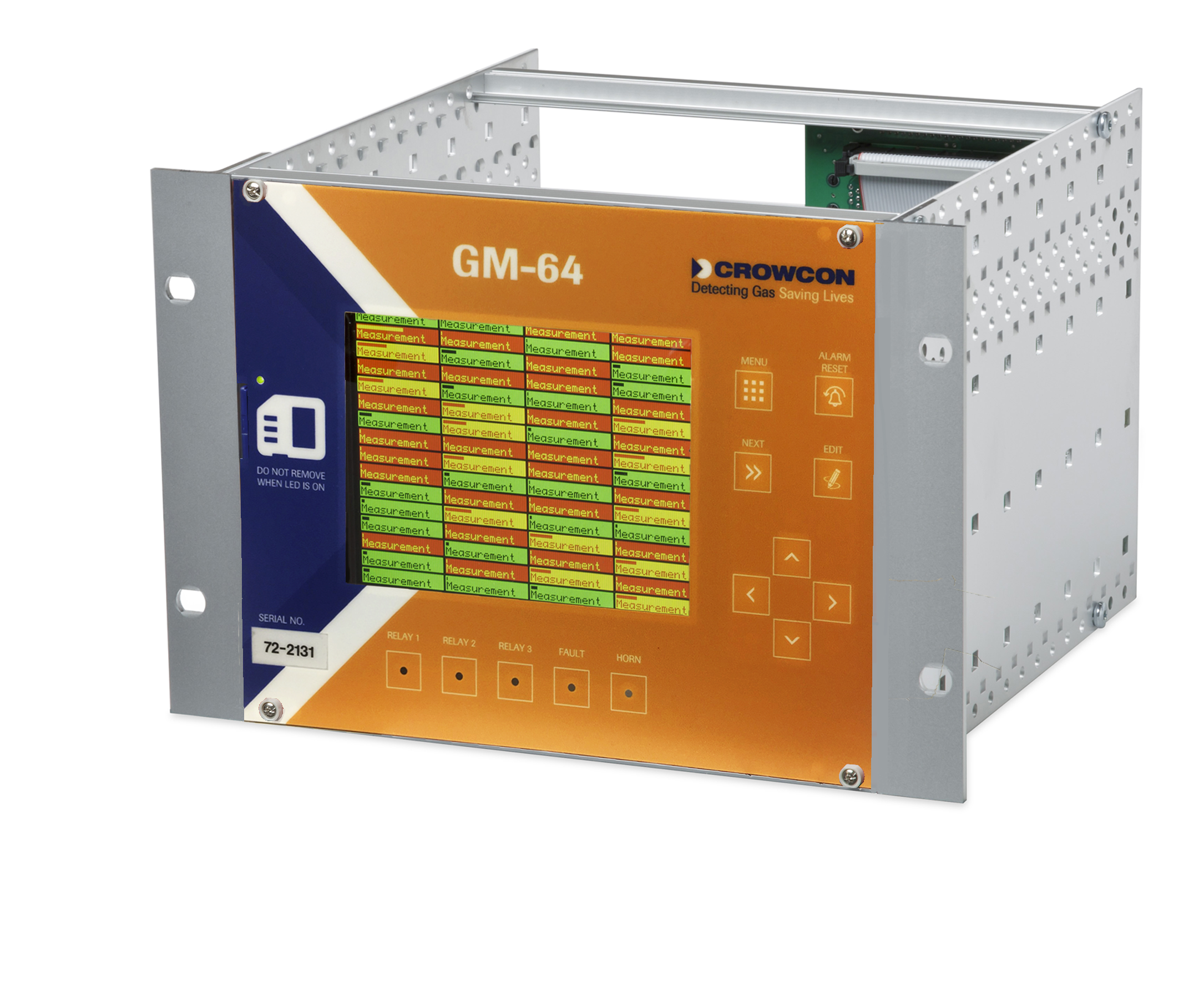 All are modular, so the controller can be configured exactly to requirements which means the controller only includes what is needed, reducing unnecessary complexity and cost.

Live feed communications go direct to a web page which allows the operator to view remotely and acknowledge actions.

Flexible configuration options include being able to name the controller, zone, set an alarm and relay setpoints.  It is also possible to group channels into zoned areas.

To make full use of the capabilities of Crowcon’s addressable controllers we would recommend Crowcon’s Xgard Bright which is an addressable controller which provides a one stop shop for detecting flammable and toxic gases and monitors oxygen with analogue 4-20mA and RS-485 Modbus signals as standard. It includes an alarm and fault relay and optional HART communications.  This detector has a 4-wire addressable implementation. The large OLED display allows users to work with Xgard Bright during install, calibration and routine maintenance without the need to open the housing.

Other addressable detectors in Crowcon’s range are the Xgard IQ & Irmax units which offer additional benefits such as SIL2 & Hot swappable sensors.

And finally, by implementing an addressable system, a company can, on average, reduce its costs by 70%, compared to a conventional point to system. Installation costs can often outweigh cost of components in the system configuration (for detectors and controllers).