Crowcon has provided a range of Xgard gas detectors and a tailored sampling system for the deodorisation system in Shanghai Bailonggang wastewater treatment plant (WWTP), helping to achieve 99.9% removal of key substances and reduce environmental pollution. 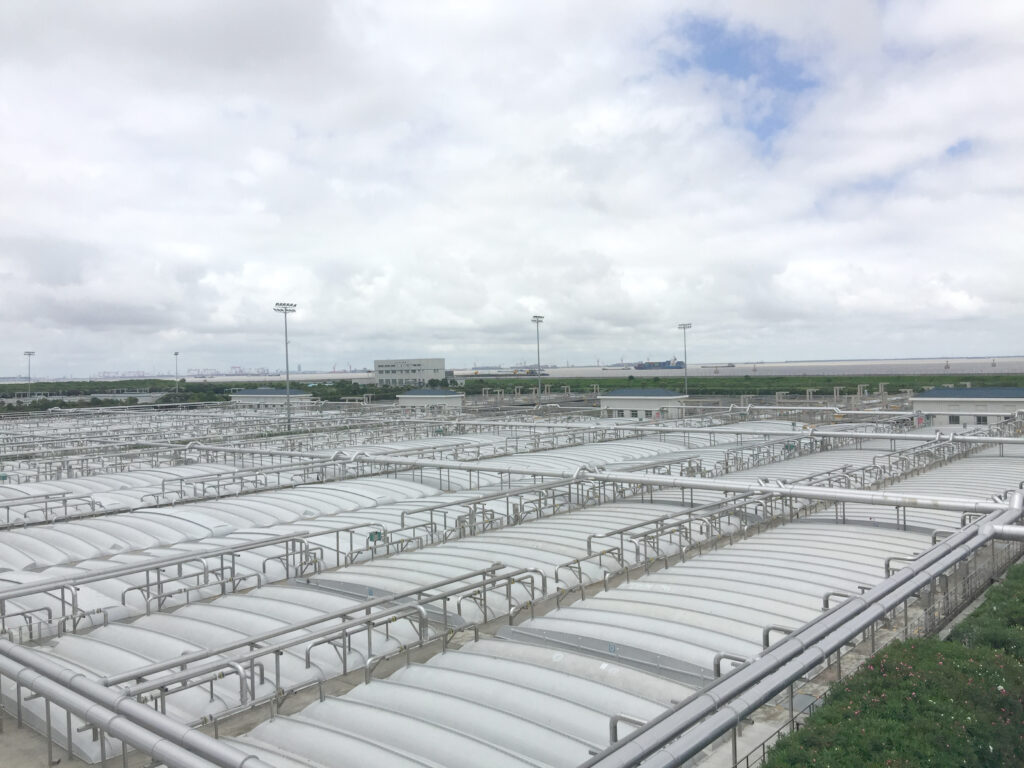 Urban wastewater treatment inevitably involves the release of malodorous gases, which can be divided into three main categories. These are: sulphur-containing compounds (such as hydrogen sulphide, methyl mercaptan and methyl sulphide), nitrogen-containing compounds (including ammonia, diamine, methyl indole) and compounds composed of carbon, hydrogen and oxygen (short-chain alcohols, aldehydes, fatty acids, etc.) Of these, hydrogen sulphide and ammonia are most frequently found.

Shanghai Bailonggang uses an enclosed system to collect, transport and treat malodorous gases. This includes a deodorisation system, which uses ultra-efficient composite integrated deodorising equipment to remove bad smells. This system adds a dose of solvent to the collected gas, with the dosage determined by, and adjusted according to, the (variable) composition of the gas being treated.

Installing gas detectors for this purpose generates several challenges. At Shanghai Bailonggang WWTP, the inlet and outlet of the deodorisation system are sited in a harsh outdoor environment, and if gas sensors are exposed to highly concentrated gases, they quickly degrade, thus requiring frequent replacement and driving up maintenance costs.

At the recommendation of their engineering consultant, Bailonggang brought the challenge to Crowcon.

Since 2016, Crowcon has provided hundreds of Xgard monitors of types 1, 2 and 5 to monitor and optimise the performance of Bailonggang’s deodorisation system. Crowcon has also designed a sampling system, tailored to work with the plant’s deodorisation system, which helps to optimise solvent concentration and extend the service life of the gas detectors by protecting them from the harsh operating environment.

Crowcon’s sampling system, which is housed in a sturdy casing able to withstand operating conditions at Bailonggang, removes corrosive moisture from the gas before it reaches the detector, and then monitors the concentration of hydrogen sulphide, ammonia and methane before and after treatment, in real time. The deodorisation system uses this information to adjust the solvent concentration and maximise treatment efficiency.

Crowcon’s solution has had tangible benefits at Shanghai Bailonggang WWTP, where the removal of key malodours gases has exceeded 99.9%. Crowcon detectors played a vital role in this, by accurately determining gas concentrations at the inlet and outlet, allowing optimisation of the deodorisation process and reducing chemical waste (from overdosing) and inefficiency (from underdosing).

The robust design of Crowcon’s system means that maintenance costs have been reduced and staff protected from having to enter the dangerous areas where detectors are located. Crowcon’s system means that the detectors work for longer between sensor changes, which reduces costs, and the reduced downtime for maintenance has increased the availability of detectors for the protection of staff.

What is more, Shanghai Bailonggang was so impressed with Crowcon’s solution it went on to order many more units of both the sampling system and Xgard detectors, and the success story spread throughout the industry. Subsequently, Crowcon has provided – and continues to provide – hundreds of Xgards to wastewater treatment sites throughout eastern China, and multiple sampling systems.

Contact us today with your requirements to see how we can help you!