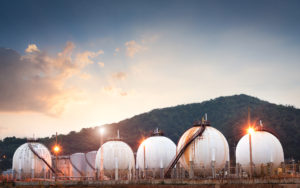 Crowcon Detection Instruments is working together with Solent University’s Warsash School of Maritime Science and Engineering – all in the name of teaching engineering cadets, senior Merchant Navy officers, and Superyacht crews. 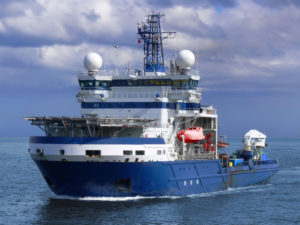 Solent delivers world-renowned yacht and powerboat design degree programmes, a suite of international maritime studies courses and a wide range of specialist support services for the maritime industry. It is also conducting a large number of research studies that make a real impact on industry thought leadership.

Their partnership with Crowcon makes good sense!  The marine environment is a dangerous one – and not just the more obvious hazards like high seas, storms, or rocks and coral reefs.  Confined spaces on ships, high-risk cargo, and on-ship processes all present potential gas hazards.

Crowcon has provided the university with demonstration T4 portable multi gas detectors.  T4 provides effective protection against the four most common gas hazards experienced in the marine industry, and is robust and tough enough to deal with the demanding marine environments.  T4 is ideally suited to help vessels comply with multiple SOLAS requirements which dictate the need for gas detection onboard vessels.

John Gouch, lecturer at  Solent University, said: “I have used Crowcon instruments in industry for many years, and know how reliable and trustworthy their gas detectors are. Since joining Warsash 18 months ago, I have been keen to ensure students understand the important part gas detection plays within the on-board safety system.”

“By using demo units of these detectors within our marine engineering courses, we can show the importance of gas detection in a marine environment to hundreds of seafarers and mariners, keeping as many people as possible aware and safe.”

Louise Early, Head of Marketing at Crowcon, said: “We’re really pleased with our partnership with Solent University.  By developing our relationship with training establishments, our safety message gets out to the people who will benefit most. We are always keen to learn from industry and this programme also offers Crowcon further insight into the way in which our equipment is used.”

For more information, visit the Solent University website, or the marine section of our industries page.

Leave a reply on Working together for safety at sea

We recently ran a series of articles call the “Seven Deadly Sins of Gas Detection”. By highlighting the most common causes and effects of each ”sin”, we wanted to provide managers and employees with a greater awareness of what we believe are the Seven Deadly Sins of gas detection, how to avoid them and save lives. For the same reason, we are sharing them as our blog posts for the next seven weeks.

END_OF_DOCUMENT_TOKEN_TO_BE_REPLACED

Leave a reply on Deadly sin no.1- not calibrating

Maintenance performed during a site shutdown often takes in gas detection systems, including checking expiry dates and calibration. For some, shutdowns also increase the use of portable and transportable monitors, as fixed systems are being maintained and extra personnel come on site to work.  Every year, around this time, we get a significant increase in calls about problems arising during site shutdown. Many of these could have been avoided with a little planning and forethought.

END_OF_DOCUMENT_TOKEN_TO_BE_REPLACED

Leave a reply on Planning for shutdown season

Calibration of gas detectors is vital to be sure that they are in good working order and able to alert the user to gas hazards in their vicinity. A calibration is a “resetting” of the detector’s response against a known concentration of target gas, in a balance of synthetic air or nitrogen. This will determine the relationship between the detector’s reading and the actual concentration of the component gas of interest. Adjustment involves modification of the detectors response to bring the reading into line with what is expected while exposing the instrument to the known source. This is fundamentally different to bump testing which is a brief exposure to gas in order to verify that the sensors respond within a specific boundary and the detector’s alarms function properly.

END_OF_DOCUMENT_TOKEN_TO_BE_REPLACED

There are many reasons why a portable gas detector may not react to gas, some of which are not visibly evident to the user.  When an instrument is turned on, you can see that the battery and display are working properly, but what about the internal electronics which play a critical role in protection? Do the sensors and alarms all work, have they been inhibited by using the wrong cleaning solution or have their openings become obstructed by mud? How do you know?

END_OF_DOCUMENT_TOKEN_TO_BE_REPLACED

Gas detection is a critical safety function in many industries, to protect people from harm and avoid costly plant disruption or damage. Not only must you use a suitable instrument for the task and the environment, but it must be used correctly and maintained properly if it is to fully serve its purpose.

END_OF_DOCUMENT_TOKEN_TO_BE_REPLACED

Leave a reply on Training – the vital ingredient

Gas detectors are there to save your life, whether it is a fixed system or a portable detector, keeping them well maintained is an important part of ownership.

Our guest blogger this week, Julian, has put together simple steps to ensure your gas detector is up for the job as and when it’s required.

END_OF_DOCUMENT_TOKEN_TO_BE_REPLACED

I’ve talked about bump testing your instrument, so it seems natural that we now cover the importance of calibrating.

There are two main reasons for calibration. Firstly, gas detectors often operate in harsh environments: high and low temperatures and/or humidities; they may be exposed to contaminants, such as solvents, silicone etc; gas exposure; as well as the age of a sensor; any of which can result in the degree to which the detector responds to a given gas concentration changing, for example, the detector may read 46% LEL when the true level is 50% LEL.